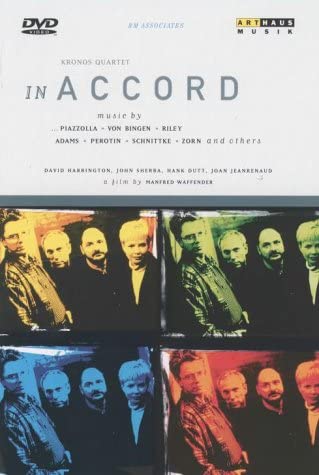 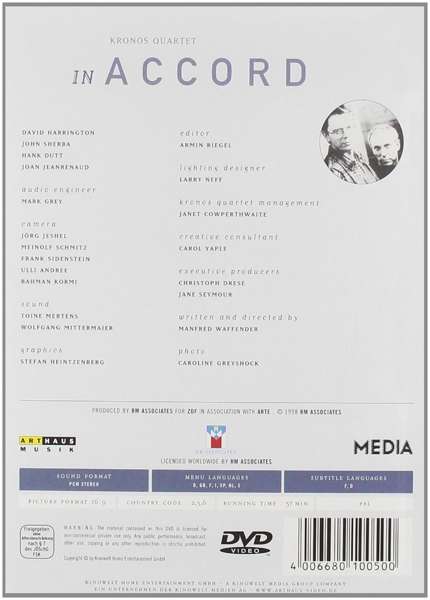 pełny spis kompozytorów
Piazzolla, Astor;
Schnittke, Alfred;
Hildegard von Bingen;
Adams, John;
Riley, Terry;
Perotin
wykonawcy
Kronos Quartet
nr katalogowy
DVD 100050
opis
With In Accord, the string quartet's answer to the Fantastic Four, the Kronos Quartet, present a showcase of modern compositions and a couple of early music arrangements (incidentally demonstrating areas of commonality yet again), featuring a wide range of composers including Piazzolla, Riley, Adams, Partch, Schnittke and Hendrix, among several others. Several of the pieces are introduced, pre-concert-talk fashion, by individual members of the group and, while their comments aren't exactly revelatory, it's a feature well worth having and should be a compulsory ingredient for all music DVDs. The individual performances are up to the quartet's usual impeccably high standards, while the accompanying graphics are interesting or intrusive, depending on taste. As far as the programme structure goes, things are pretty straightforward, as they are with most other music DVDs: one hankers after some more detailed interview material, say, or on-screen composer biographies rather than those in the accompanying booklet which, running as it does to 32 multilingual pages, rather subverts the altogether handier text-carrying potential of the DVD itself. However, the music's intriguing stuff, and any Kronos fan or devotee of new music in general will appreciate this disc. --Roger Thomas
nośnik
DVD
gatunek
Muzyka klasyczna
producent
Arthaus
data wydania
10-04-2000
EAN / kod kreskowy
4006680100500 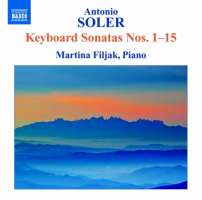 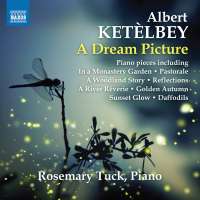 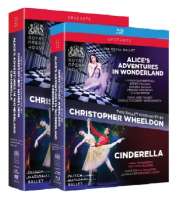 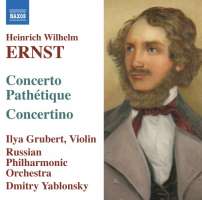 ERNST: Music for Violin and Orchestra 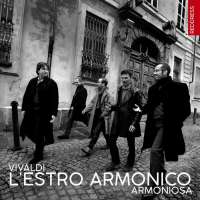 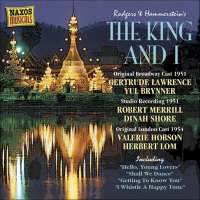 Richard Rodgers: Musical: The King And I

Gidon Kremer - Finding Your Own Voice 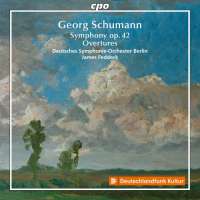 Le Grand Tango and Other Dances for Cello and Piano 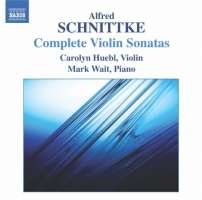 Great Ballets from The Bolshoi : Nutcracker, Sleeping Beauty ,Giselle ,The Flames of Paris 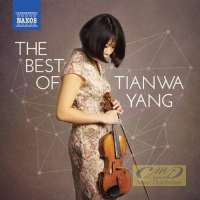 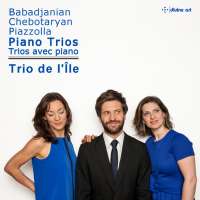 BALLADES FOR SAXOPHONE AND ORCHESTRA